Data Recovery Is Our Trade! Smart Projects aims to provide high-end, professional software that is used by Forensics and Data Recovery experts everyday, but at a very affordable price so that it is accessible to everybody. Check out our software! 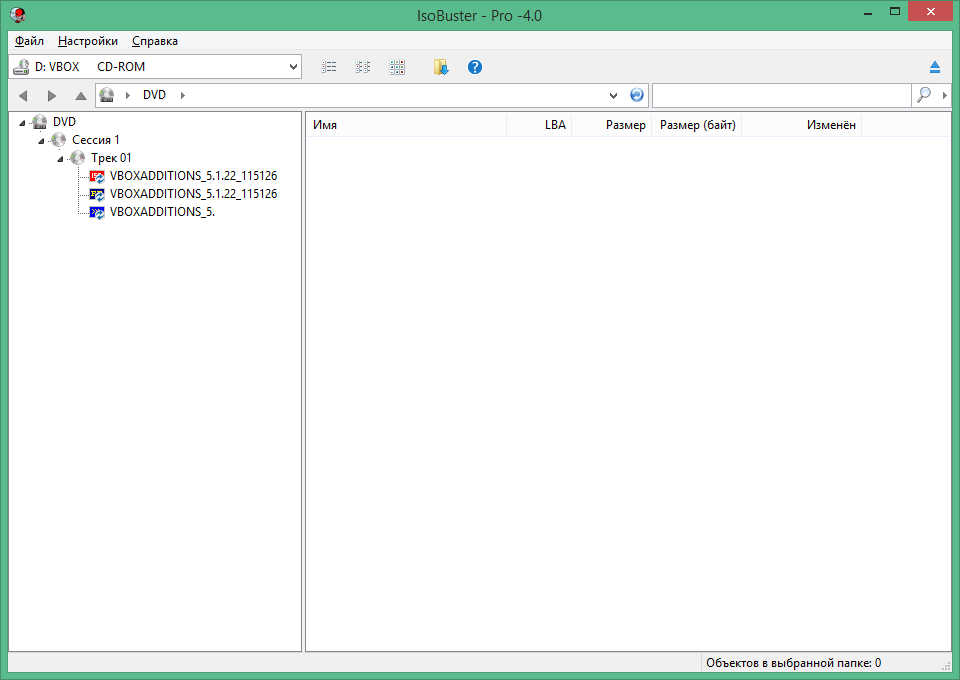 How to Register PRO functionality

Buy IsoBuster! What people say about IsoBuster Worked! Your product was a life saver! IsoBuster was the only application that worked!!! I tested maybe 5 or so other programs to get my files out of a damaged dvdr and only ISOBuster was able to retrieve them!!!! I’m so happy. Awesome software and well worth the purchase. I was able to rescue home video from 2 very damaged DVD-R’s that appeared unreadable to every device I tried them in.

Tonight I lost all of the videos and pictures from my son’s first three months of life that I had saved on a DVD. I was crying like I had lost a family member. I was a mess and my husband was beside himself. I tried a few of the free programs and was getting nowhere. I used the trial to make sure it worked so many free recovery programs didn’t and yep yours did so without hesitation I bought the license.

I was able to recover files that I thought were gone forever because other programs could not recover them. Thank you for creating and maintaining this software it is wonderful. Keep up the good work and I will continue to upgrade the software because it is so valuable and priced reasonably. Yes, I did upgrade to your newest version as soon as I saw an email from you announcing the upgrade.

Thank you again and keep up the good work, your program works as advertised and more than expected. I have had two DVDs which gave me the message ‘disc error’ as I came to finalise them and were no longer playable not even on the recorder they had been created on. They couldn’t be read by a PC either.

As these contained footage which had been gathered over a long period of time the original was no longer available and I thought I had lost it completely. Visits to local IT firms produced no joy and every where I went it was a case of ‘sorry can’t help’. I downloaded IsoBuster on Sunday as a last resort and within two hours I had successfully got the files from the corrupted discs and burnt them onto new DVDs.

Many thanks for a great program. I lost pictures extremely important to me, it turns out they were on a DVD that did not finalize properly. With your program I was able to recover every picture multiple different formats with no problems. This program is as easy as 1 2 3 to use. Thanks again, you have relieved so much of my stress. I will recommend this program to everyone and post on my facebook. Shelly Ganger, Mishawaka, Indiana, USA I have just downloaded you product as I had a CD that the data could not be accessed, I want to say thank you, you product is great all my data is restored and usable.

Thank you. I am delighted at how easy and quick it was to recover the files. Graeme Petersen, Tauranga, New Zealand The files tested as no read errors so we went ahead and purchased what I will now call a wonderful product.

IsoBuster helped recover video we thought we lost. We had family visting from miles away and was depressed to think we lost footage. Thanks to IsoBuster we were able to find the VOB files which we already knew what to do with as far as editing.

Thanks again for helping us recovering our family videos! I had corrupted dvds with footage of my daughter growing up which as you could imagine is priceless to me.

Nothing I could do could retrieve the information on the dvd disks. I had virtually given up until I came across your software ISOBuster and it retrieved all the information and I now have all my footage back.

I would just like to give you this feedback and also will be recommending to everyone I speak to how great your software is. Keep up the excellent work. Also thankyou for your quick response to my problem with the security key. It was recorded at christmas time and I was so upset at the thought I had lost these precious memories forever.

Isobuster successfully read the disk and found the video files and I will be forever grateful to you for this fabulous product!!!! I had mistakenly put all of my family pictures from over the years onto a CD-R disc and then deleted them from the pc. I thought they were lost to me. I purchased your software and in just a few minutes I had them all back.

So easy to use! After I initialized the disc for a new project I realized that I did not make a hard copy of my home movies that were on it. Your software did it! Thanks for making my day! After this the recorder said the disk was empty. My PC said the disc was empty. Your product brought back the files that were on the disc and they were in tact they play! It installed pretty much automatically and no re-registering was necessary.

Great stuff. And once again it save months of work on a DVD I was making. On this one it was my fault – I filled it a tad over full and the last file would not record so I knew I was in trouble. I tried to finalize it but it failed. All in a few hours. I really appreciate what your software can do – extracting data from a DVD that has not been finalized is quite miraculous. Even though I paid for it, I just wanted to tell you how much this program is appreciated.

I backed up the files before reinstalling my OS. This back up was all my photos, programs exe , utilities, documents, etc.

Thanks a lot for a great program. I have a data base to which I add weekly and each week I copy the updated file to a cd-r using the Microsoft program. With each update I replaced the existing file on the cd. A module failure occurred which corrupted the file on the hard drive which meant the file on the cd-r was also corrupted.

The file could not be opened and I was facing the prospect of reinstating my archive then inputting nearly six months of data.

Fortunately it occurred to me finally that since I was using a cd-r I might be able to recover a previous good version of the file. Typing ‘multisession’ into Google and going through some of the results found me IsoBuster.

Downloading the free version got me my file back immediately so by way of thanks for saving me many hours of work I have today purchased Isobuster. Tried lots of alternatives none of which came anywhere close to IsoBuster. My camcorder completely messed up the disk but IsoBuster recovered almost all of the video.

I can’t believe it. I had spent three – four hours trying to get something to even recognize the disc, let alone get the information. I searched on the internet for other people who couldn’t get information from a disc and someone recommended IsoBuster. It is the only program that actually found the information and now, thanks to IsoBuster, I was able to recover the video. This video was taken of two public works employees that spent all day with me while I videotaped them doing their work.

I was sure the video was gone and I would have to redo the whole day. This would not have gone over well with the employer. Thank you, thank you, thank you! Great product! I had a cd containing over pictures which I foolishly hadn’t copied anywhere else.

Within 10 minutes of purchasing your product I had my pictures back!! Highly recommend it to anyone with similiar problems. Richard O’Connor, Dublin, Ireland We purchased Isobuster yesterday to recover data from two dvds that both had the same files. We make two copies of all dvds and our dvd drive could not read either one, which is rare. We searched the internet for data recovery software and looked at many programs.

The ones that were totally free could not read our dvds. Isobuster read them instantly. We paid for the full version and recovered our files easily. We are very pleased with Isobuster. I had the first year of my daughter’s life including the birth! When I came to finalise the disk in my recorder last week the machine broke down during the finalise.

The disk became unreadable and I started to panic. I tried a number of applications which failed to recognise any data on the disk until Isobuster was recommended to me. It found the data within seconds and I was able to extract the.

Why not recover your data right now !?

It’s with great pleasure that I can announce the release of IsoBuster 4. Here’s a list of all the new stuff an improvements: Rewrote the options dialog to look fresh and most importantly te be decluttered and intuitive again. For instance when a Session is selected, all tracks and file systems in those tracks will be searched and not just the most relevant file system in the most relevant track.

IsoBuster Pro is a software program developed by Smart Projects. A scheduled task is added to Windows Task Scheduler in order to launch the program at. How to Register PRO functionality. Registering IsoBuster to get a [Personal] or [ Professional] version is easy. 1. Order a key via Credit Card, Paypal, Bank Wire. IsoBuster View Screenshot. IsoBuster is a tool to recover damaged optical disks and to create, extract and Pro, ISObuster Pro registered – version